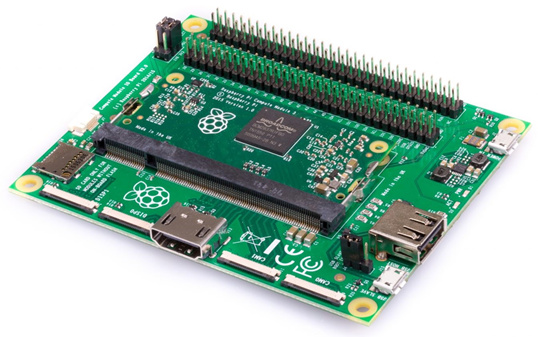 The image shows a Compute Module IO Board v3.0 – the IO boards seem to be cross compatible with newer/older versions of the Compute Module’s (I am using a v1.2 board with both 1.1 and 3+ Modules). 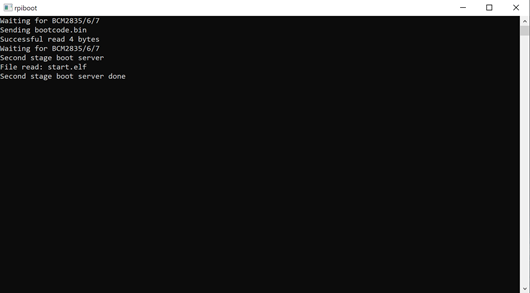 Run the Balena Etcher program. Select the installation image by clicking on the ‘Select image’ button; 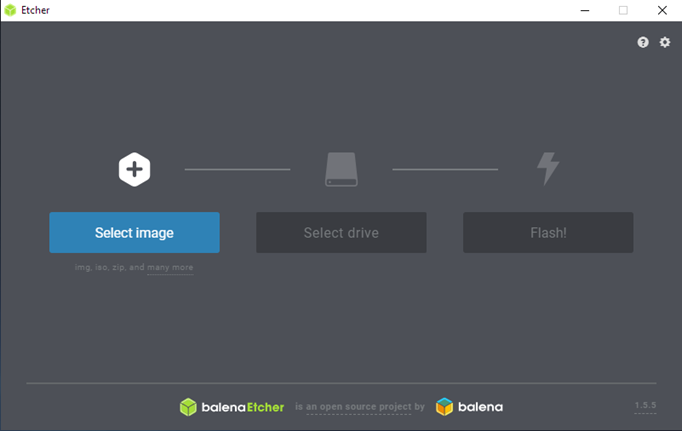 Select the drive to write to by clicking on the ‘Select Drive’ button; 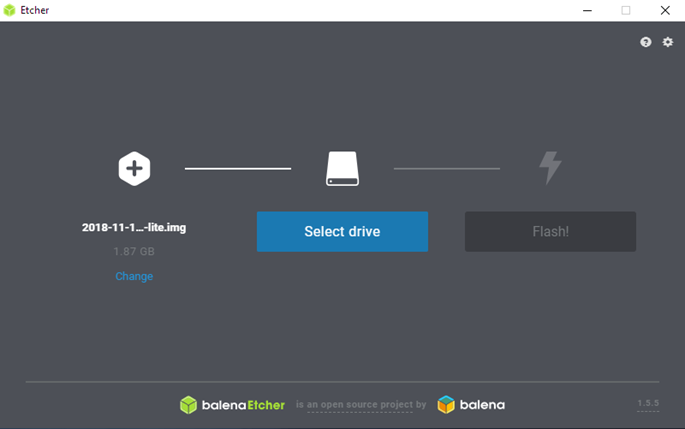 Select the Compute Module in the list of drives; 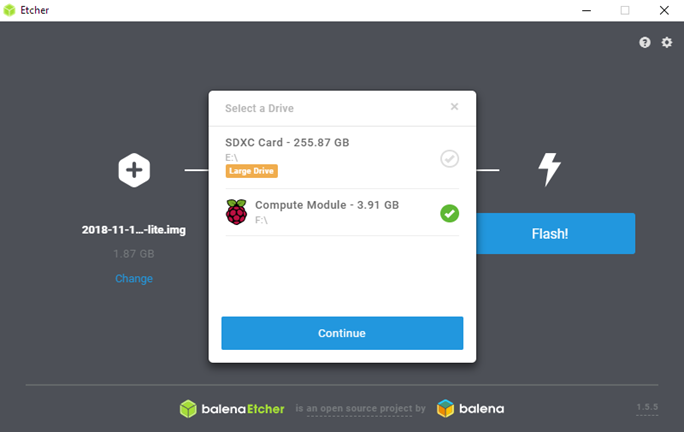 Start the flash process by clicking on the ‘Flash’ button; 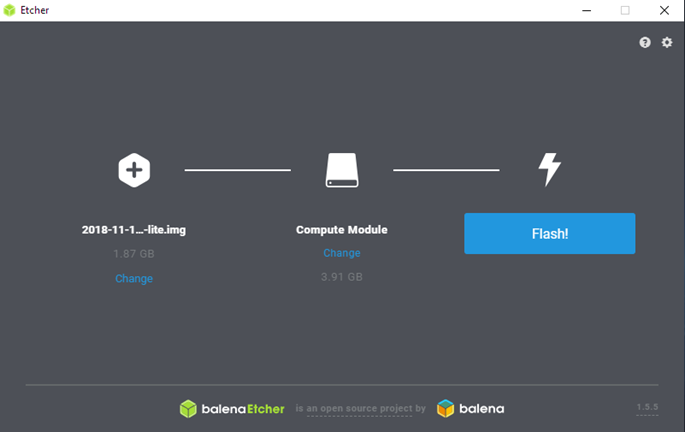 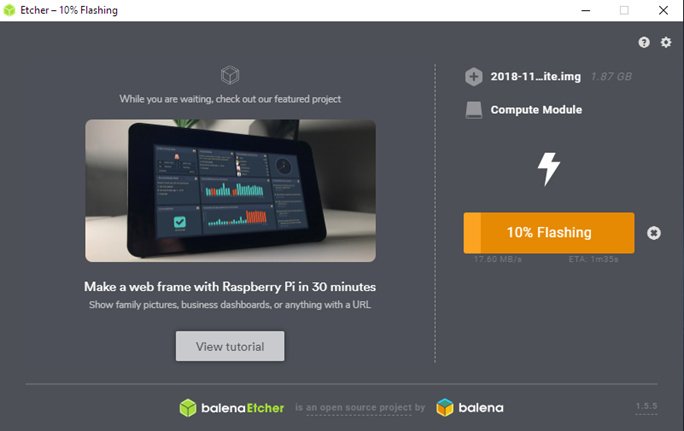 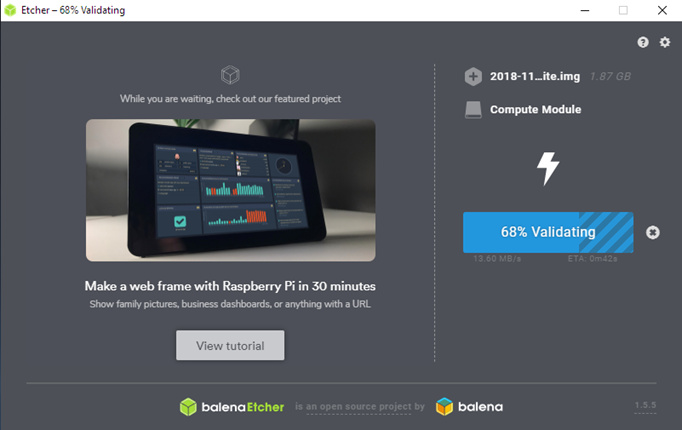 After validation completes you may see a dialog box asking to format the disk - just cancel this dialog.

Next step would be to run an update/upgrade to make sure the OS is fully up to date. This could be done using either the Compute Module IO board or a Temco Product with Compute Module slot. Either way the easiest way is to use SSH from the PC - in order to enable SSH without having to connect the Compute Module to a display, unplug the IO board and plug it back in, then run the Rpiboot program again, which will cause the Module to show up as two separate disks. The ‘Disk needs to be formatted’ dialog will show up again, cancel it - it’s the secondary partition on the module which is in a linux file system that most Windows PC’s don’t recognize unless support for Linux file systems has been installed. The first partition is called boot - it is readable by Windows - create an empty file called ‘ssh’ with no extension on the boot partition. This will automatically enable SSH on the Compute Module so it’s possible to do update/upgrade and node-red installation via the PC.

Which Temco products contain the SODIMM socket for the CM3?

The only documentation I could find about this is the “Open Source Raspberry Pi building automation system” blog entry at https://temcocontrols.com/raspberry-pi-controller/ which seems to indicate that the T3-TB would support a CM3, but the T3-TB I recently received (silkscreened T3_COREBOARD REV10 20190426) does not appear to have the required slot.

You are correct, the T3-TB doesn’t use the SoDimm socket. You’d want to get one of the T3-BB or T3-LB models. There’s a few jumpers to set as well so best to let us know if you plan to work with the Pi during the ordering process.

Also there’s an upcoming ‘Network Controller’ which supports the Pi and is sampling now (but not on the website yet). If you’re interested you can send an email and we’ll get you more info.

The upcoming ‘Network Controller’ sounds like a T3-Nano, but big enough to have a sodimm connector. You’ve piqued my interest. I’ll follow up with an email.

Since you brought up new hardware, do you have any roadmap plans to support the CM4, which connects using dual 100-pin, perpendicular Hirose DF40 connectors instead of sodimm?

The power of Raspberry Pi 4 in a compact form factor for deeply embedded applications. Raspberry Pi Compute Module 4 incorporates a quad-core ARM Cortex-A72 processor, dual video output, and a wide selection of other interfaces. Available in 32...

I am all for supporting the CM4 but I’d like to see the CM3 in action before investing much more into this. Here’s a preview of the ‘Network Controller’ which we already exchanged by email. It has some good potential if we could get a little help on the firmware.

Hi… there are various arrangements… The easiest is to change to the NEC “CM3-16”, which is a custom, however for the most part accessible CM3 with 16GB of eMMC streak on it. Different arrangements will require a transporter block set for the present circumstance. As much eMMC streak as wanted can be put on the transporter board and a CM3L will boot from that. On the other hand, a SD opening can be put on the transporter and utilized as a boot gadget for a CM3L. Different options are to set the boot from USB OTP spot and boot over the USB transport from ones decision of gadget. This would likewise work with a CM3 if the on-board eMMC streak doesn’t have a bootable picture.

You lost me early in your comment but I am all for supporting the Pi environment and the people that know how to work with it. Push out some ideas and let’s see where things lead.