Integration with OpenHab, Node red and other existing DDC

Hello everybody,
My house was built in 2006.
All stuff regarding heating confort are controlled by a proprietary DDC that was supplied by a local Belgian company that supplied the solar boiler system. I integrate also wood boiler, multi zone underfloor heating and cooling, ventilation, blinds …
The system got a big update in 2010 and 2016 but fullfil my main needs.
One month, I begin to have problem with some pt1000 UI module and learn that the Belgian company stopped developing and supporting the product.
So I am searching for a new solution for my BMS.
After one month inverstigation, I came to the conclusion that OpenHab will be part of the solution for his ability to integrate also my other light control domotics.
But regarding heating control, I hesitate between T3000 and other Sedona based controller.
I also want to do the migration step by step when my existing system is still working.

The only “open” way to communicate with my existing system is RS232 with proprietary ascii protocol allowing me to read/write IO and VAR.
I plan to use my rapsberry pi 4 with node red to run a gateway between my proprietary system and new Pt1000 reading connected on a T3000 or expansion PT1000 card.
Do you think it is possible ?
When the new control program will be ready, I can migrate to T3000 function by function.

My existing platform was programmed using compute, logic, sequential and heating function blocks .
I have the source code of all function bloc and I want to reproduce,at the beginning the logic that was validated and tuned for the last 10 years in my house.
I saw that sub program can be defined to simplify programming but the T3000 software manual i found on Temcowebsite (2017 édition) show a table with maximum 16 programs.
Is this limit still active?
Are there an easy way to add user function bloc library ?

I did not find any reference to Temco on OpenHab Community forum but T3000 should be seen as bacnet controller, if somebody already experiment it I would be happy to discuss the possibilities .

The T3-BB series will be a good candidate for the project, there’s a new option which allows you to wire in 1k Pt inputs along with the usual universal input ranges.

Another option is a T3-Nano for the user programming plus a T3-12Pt expansion module which has precision electronics dedicated to 1k Pt type sensors.

For programming the system, its won’t take long to whip up a program for the heating system since you have the sequence already well defined in your existing system. It will mean porting it over to the ‘control basic’ of the T3 controllers but that should not take more than five or so minutes per control point.

The number of programs is limited to 16 @2k each, that’s a lot of program space considering the T3 maxes out at 128 outputs. If you need more you could consider adding another T3-nano which at $38 is a bargain for what it does.

There’s a en effort under way by Brent Bell to get node-red running on Temco hardware, his work is shown here.

Here’s where Brent is now, working up a user interface for several thermostat zones along with some lighting control.

It would be great to hear how you make out integrating with Open Hab, we’ll support you well.

I have some T3-XX and also semaphore T-box units. I’m now into new home automation systems (Hubitat) and I want to connect both.
In my case, a Tbox unit is polling a T3-BB (modbus tcp) and use the data, even the T3-BB is working standalone with its own program. But I tried to obtain those data (and those native from my plc itself) and inject them into Hubitat.
So, I managed to install a MQTT program into Hubitat (OpenHab can do the same I think), and a computer (a Raspberry could be ok too) with Node-Red/Mosquitto installed polls my modbus devices.
For now, It seems a long chain (T3-BB => Tbox => Mosquitto/Node-Red => MQTT (Hubitat) but it works. And I’ll optimize this later.
Because I’m “new” in this field (Node-Red/MQTT), My Tbox plc polls data from my T3-TB through modbus, but I can poll directly my T3-XX from Node-Red and send the data to Hubitat. I did it before and it works ok.

Thanks Mike for this message.

Tbox remind me a blue Belgian PLC brand I worked with in 1997. Is it still the same brand?

Did you use modbus or bacnet to read data from your T3 to node red?

Absolutely ! Very reliable. And I have the chance to purchase some from ebay, brand new, at 1/15th of the price. As you know, they are useless without the dongle to program them.
I use only modbus (I have a lot of modbus devices, including my plc’s), I know since years how it works, so no real problem here. But I’ll learn about bacnet/node-red in a near future.
Btw, I’m coming from Belgium too but I live in Canada since 20 years…

Hi…having never utilized hub red, I didn’t know that hubs could be introduced by means of the web gui, and utilized npm introduce all things considered. anyway, it’s working. however, no doubt, others may locate a speedy n messy introduce/config instructional exercise, especially the individuals who are curious about hub red. getting hub red introduced was no issue, I was generally dubious about the most ideal approach to get it incorporated with openHab, and didn’t know about the capacity to add the hub through the gui.

I think you are referring to Node Red, it worked out OK for Brent’s project interfacing to the Tstat8 products over Modbus IP. We haven’t done any examples integrating with OpenHab yet but a quick scan of their github repo shows support for both Bacnet and Modbus so integrating should go smoothly. As always, be sure to make use of our T3000 application to see the Modbus registers and Bacnet Objects to speed up your integrating. 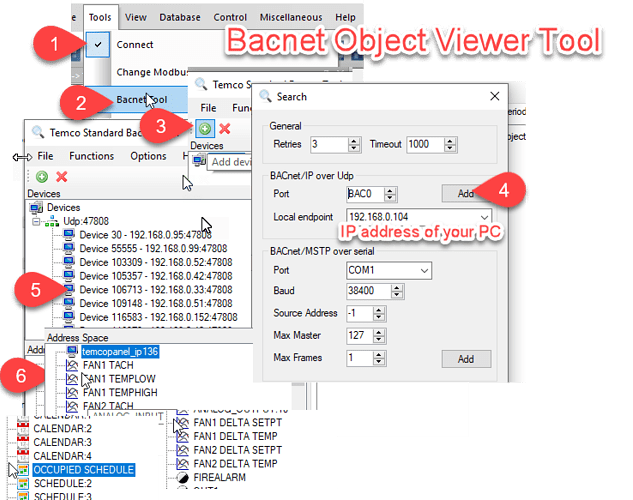