Few of my co2 sensors not working after update. This was bootloader update and firmware update to v.68. There is ping responce from time to time. I get this: 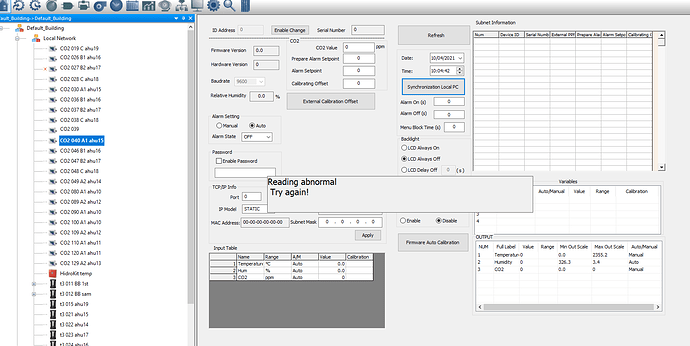 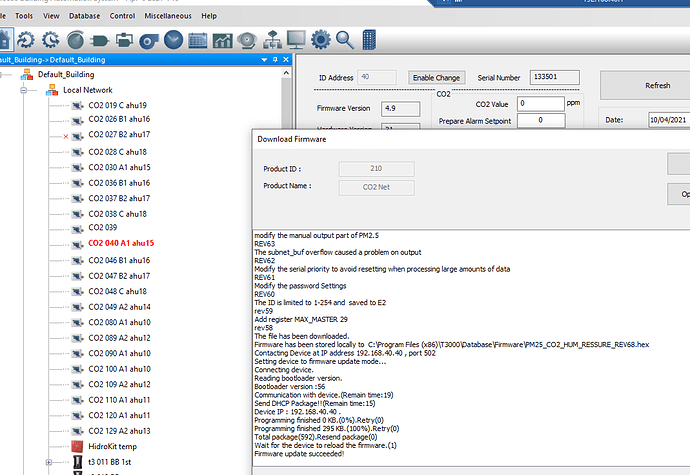 But after update same abnormal read! 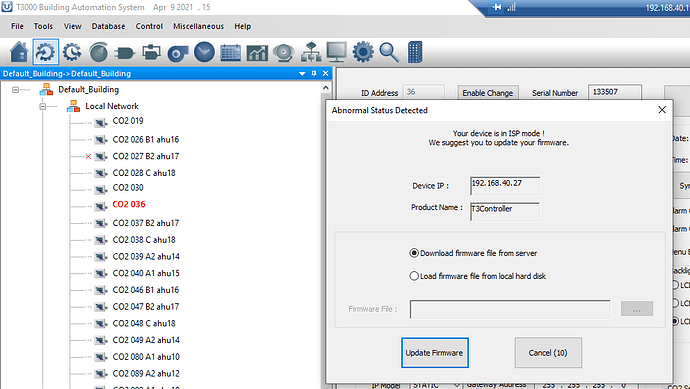 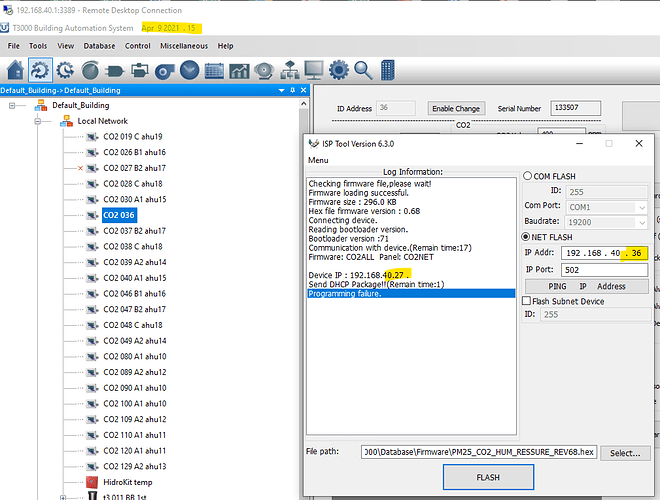 Something not right, many devices after boot-loader update fail to update firmware. Some co2 devices i tried 3-4 times before successful update. 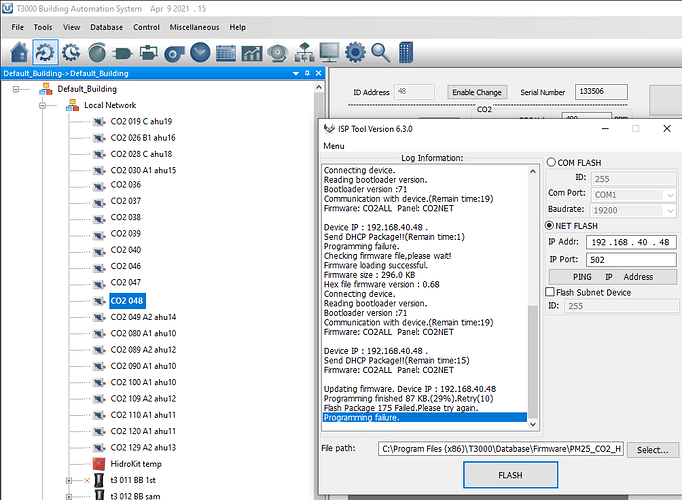 Thanks for all your work and feedback about the update. By the looks of it the update was successful. Our team will read through all the other posts and help out with any remaining issues on Monday.

I posted “regular successful” procedure of update. From part of sensors i updated now 2 are in ISP mode, and after update they restart in ISP mode again. And example i posted above is then i try to update sensor IP:.36 for some reason ISP tool is updating IP:.27, i guess this happens because, IP:*.27 is in ISP and it interfere with further updating my system. I think more similar issues will come out then other guys start updates. Also similar issues are happening then i already have new boot loader and try update from v 0.67 to 0.68, so this may be new boot loader issue.

I have a question. Are the two devices you mentioned restored to normal now? *If not, please update the firmware again.
Thanks!

The reason for the network Ping timeout may be that the IP address of the device changed after the firmware update (if it is in DHCP mode).
What kind of mode do you use for these equipment?Static IP is still DHCP.

Equipment for handling lost contact
If the device is still in the Bootloader, you can open the T3000 and a pop-up message will prompt you to update the firmware of the device in about a few minutes.

I use static IP. IP is ok, device responding, it is in ISP mode, firmware is uploaded but after restart device goes into ISP mode again. That is only 2 devices. Actual problem is that for some reason only few devices where updated normally, most devices where updated only after many attempts.

You can give the firmware update a few tries. If you’re still having troubles you can connect over RS485 and update that way. Cycle the power and try flashing in the first few seconds after power on.
Thanks!