Previously I have been connecting to a T3-BB controller by plugging an ethernet cable from my laptop directly into it and had been having no issues with connectivity, however I recently connected it to a ethernet switch connected to the office router (and changed the relevant settings like IP address to suit) and now I am having difficulties connecting to the controller and when I do manage to connect to it, it often loses connection and the T3000 software crashes or goes not responding.

I am not sure what may be causing these issues, is there an extra step I needed to take when configuring the T3-BB to allow me to employ the use of TCP that I may have missed? Any assistance identifying the cause of these issues would be greatly appreciated.

Additionally, I had previously been using the T3-BB as a slave on a Modbus network over RS485. I have since changed all of the controllers to use Modbus over TCP, as I am now needing to make use of it, and have been having issues with not being able to read the points of and periodically losing connection to the T3-BB. Originally I was unable to read any points from the controller at all, but I since went in and set the port it had previously been communicating over to unused and now I’ve been able to read one of the DO’s. I am fairly certain the issues are related.

If it helps, the T3-BB’s other port is still being used as a slave on a separate Modbus RS485 network consisting of one other controller.

Update: upon disabling the other serial port, I am now seemingly able to read points from the T3-BB via Modbus TCP. Is not being able to use both Modbus TCP and Modbus RTU simultaneously a known limitation of the controller or is mine acting up?
Additionally this has only allowed me to read points from the controller, it still periodically loses connection and it has not helped with the issue I described in the main post.

There’s no known issues with communicating over IP with the Modbus protocol. Simplify your test setup to get started, separate from the main network and any polling masters that may be online. Our T3000 application is useful, under tools → modbus register viewer you can see the registers and their current value. Under tools → Modbus Poll you can define a multi register read, the polling rate and other parameters. If you send us a wireshark capture perhaps our staff can pick something out from that.

I tried to reproduce the problem you encountered, I used COM4 to connect to T3BB RS485 Main, while using the network and serial port to communicate with the device, it was working. 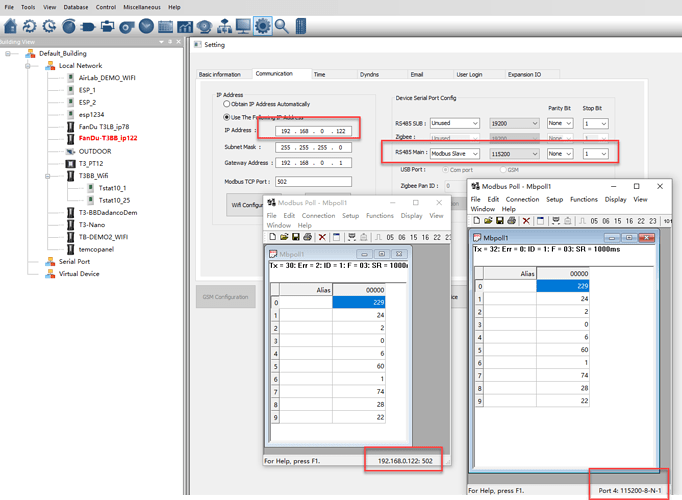 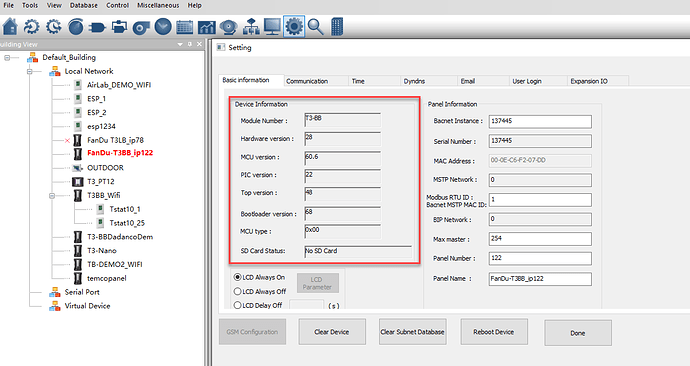 It is recommended that you upgrade the firmware of T3-BB to the latest through the network,T3000-Help-Check for Update.
I need you to provide me with some equipment information of T3BB, the software version of T3BB.
1.when you mentioned Lose Connection, did you refer to the red X in the tree list of devices?
2.Can you tell me which command you use to read points
3.About question.From my laptop directly into T3-BB ,it is ok ,and connect to router have problem . Can you show us some screenshots, or Wireshake data capture.
In order to help you analyze and solve the problem, we can provide remote assistance. You need to install AnyDesk.Please send us the Dnydesk information.
Thanks!

1.when you mentioned Lose Connection, did you refer to the red X in the tree list of devices?

I’d sometimes get an error message such as this one, and if I attempt to ping the controller it often only replies once or twice. 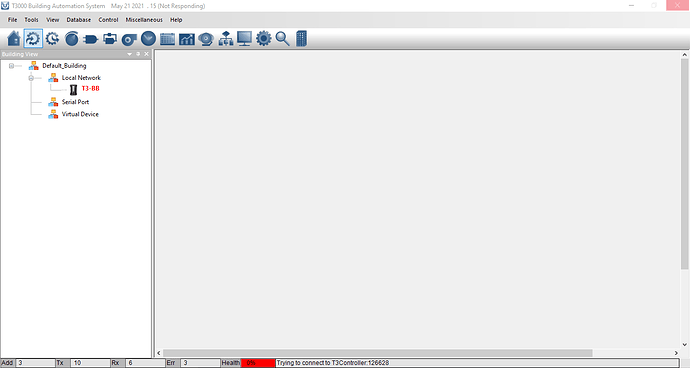 2.Can you tell me which command you use to read points

I am using the read holding registers command.

3.About question.From my laptop directly into T3-BB ,it is ok ,and connect to router have problem . Can you show us some screenshots, or Wireshake data capture.

I am installing Wireshark now and will update this reply once I have a screenshot to show you. Is there anything in particular I can screenshot that would be of use to you here?

May I ask if it is convenient for me to use AnyDesk software to help you remotely?It seems to be a problem with your network environment.The ping is not intermittent under normal conditions.
Please help me check through T3000-Database - SW Ver, and tell me the software version of T3BB.
Thanks!
send your Anydesk remote control ID to my email
fandu@temcocontrols.com
Thanks!

May I ask if it is convenient for me to use AnyDesk software to help you remotely?

Would it be possible to arrange to do this next Monday? I am presently not able to do this and won’t have access to the controller over the weekend.

Please help me check through T3000-Database - SW Ver, and tell me the software version of T3BB.
Thanks!

OK, please email me the remote assistance ID of AnyDesk next Monday. Thanks！

I just sent you the email now.

Conclusion: Fandu worked with Kristian and indeed there was an issue, switching to a new hub solved it. The problem arose from a connector we used on some early production with a combo USB and Ethernet port, the magnetics inside were not great. We have since switched to a new connector without the USB and this problem is resolved. The big takeaway is if you are having troubles connecting and have ruled out the usual suspects give it a try with a different hub. 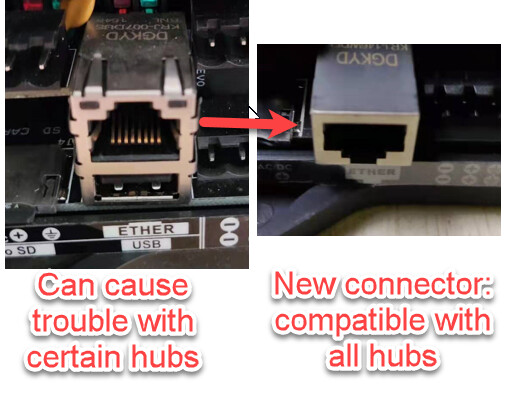 I have had my share of Red X issues using Bacnet over IP. I can attest that sometimes just changing the hub that you’re using can make a big difference.
ted

The situation has improved a lot since we last talked Tdawg, if you haven’t downloaded the latest T3000 you can do that from T3000 → help → check for updates, as you know. We’re nearly done with adding third party bacnet devices to the tree as well so your chillers will show up soon.

I did the new software update from the help tab and now all the config pages show up blank and I cant make any changes. RS-45 main RX light stopped blinking.
Internal program does still seem to be working and I can discover the T3-LB.
I did the update 3 times with the same effect. 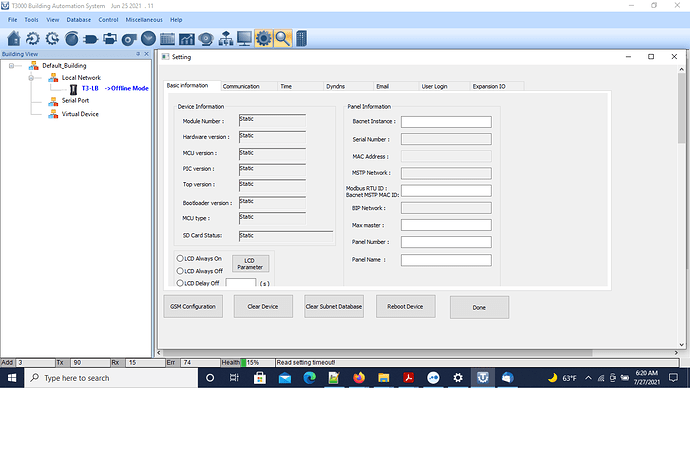 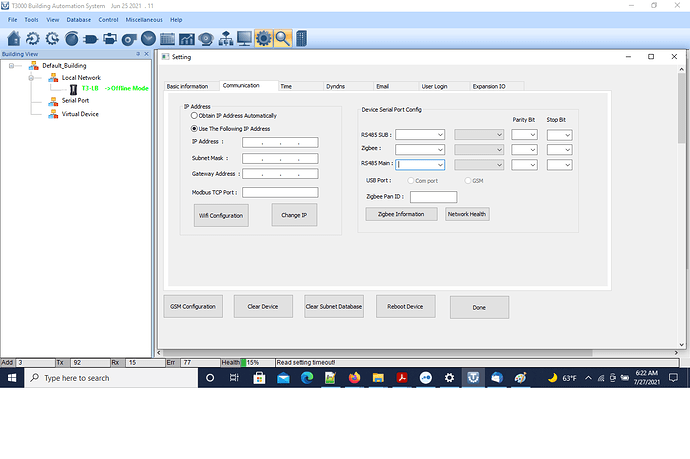 The issue here is poor connectivity… for whatever reason I don’t know but with only 15% of the packets getting through it will be difficult to make any edits or changes to the settings till this is sorted out. You could try connecting one-to-one device to the PC, try an alternate port like Ethernet or Wifi, or RS485 if you haven’t done that already.

A wireshark capture can often reveal some clues.

I updated again a few days later and it worked fine.

Your software went into offline mode (TBD), fix mode, for some special reason

Method 2. Delete only the field ISONLINE = 1 as shown in the figure

I’m sorry for the confusion 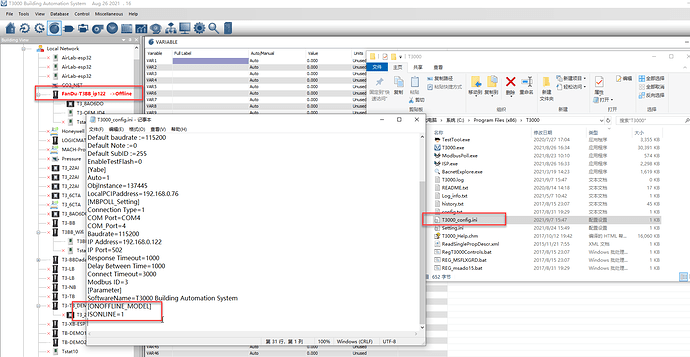 I tried to delete the ISONLINE field but it says I have no permission. I deleted the entire ini file, removed T3000 using the uninstall tool. Deleted any other files I could find related to T3000.

I downloaded the latest release from the repository (Version 2018) with a modified date of 1-20-2018.
It loaded without issue. Blinking offline stopped.
Using the update T3000 link I updated T-3000 to Sep-6-2021 .16.
Still no bacnet subnets. Now Yabe dosent work either…
However I did a discovery using a different front end and I can find the T3 and the SE8650 stat that is attached to its Main 485 subnet (see attachment). However it lists the stat as an IP device on the same network as the T3 and the Bacnet subnet does not show up. Generally there will be a device listed showing how the subnet is accessed such as a gateway or a router and each subnets network ID
There is still no way to assign a network ID number because box is greyed out.
It I try to read or write the point values in the thermostat thru the 3rd party front end, The stat will read a few but eventually drop offline. 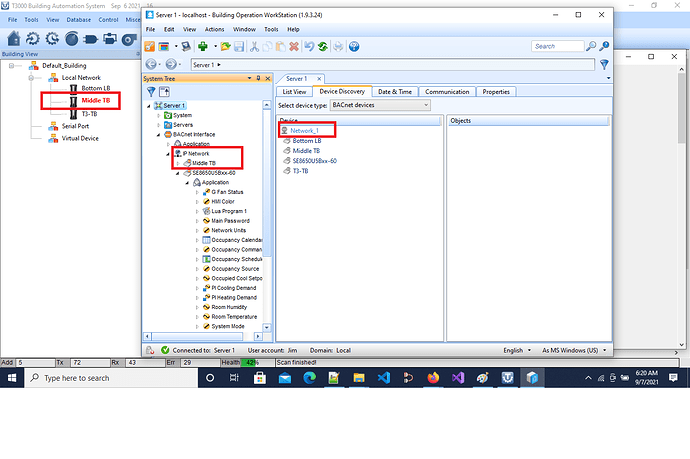 However it lists the stat as an IP device on the same network as the T3 and the Bacnet subnet does not show up. Generally there will be a device listed

This may be due to the way the front end is read. We use the standard Bacnet Tool (Yabe) to display the subnets device properly 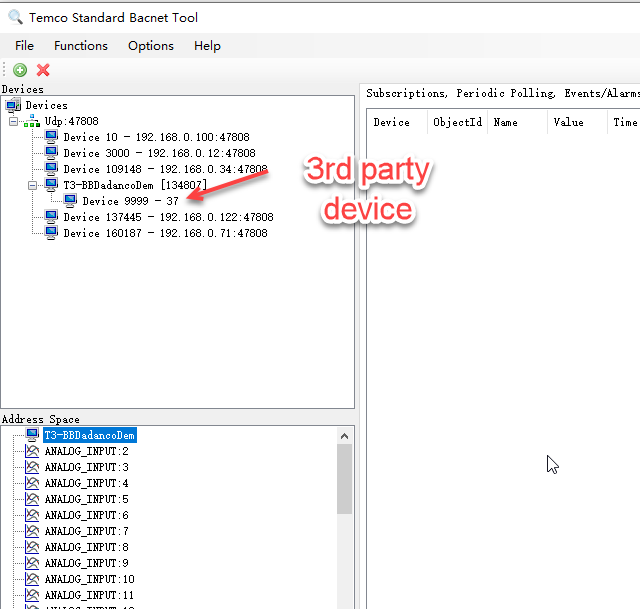 It I try to read or write the point values in the thermostat thru the 3rd party front end, The stat will read a few but eventually drop offline.

Try using the T3000 tools-bacnet Tools to read the point value and see if the same problem occurs.
One of my colleague is adding the function of T3000 to read third-party Bacnet devices. There has been some progress. I believe it will be helpful to you after completion 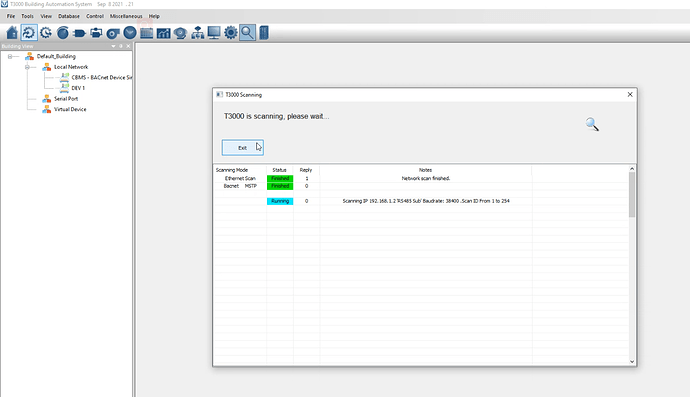