I just installed two t3-8o controllers in two buildings on a campus to pick up a kwh pulse. Both being used as Bacnet IP devices on different networks. Identical setup except for ip address. I’m having an issue with one of them rebooting. Not sure where to go with this. POWER ON is solid green. RS485 TX is rapid flash green. BEAT is flashing once a second. ETHER TX/RX random flash. My INPUT1 pulses with the input, as it should. All seems well for 40 seconds, then the BEAT goes to a double flash for 10 seconds and all the lights on the controller flash. The cycle continues. the input counter increases and stores the value. pops back up on bacnet network and passes value. Until it cycles

This is a guess but 24vac could be crossed up in the network somewhere. If any device has neutral & AC hot reversed from the others the network connection sets up a ground loop which could cause the device to reset cyclically.

The other possiblity is some interaction with the kwh pulse source, if its not isolated with respect to the T3 controller you could see behaviour like this. The solution would be to check voltages with respect to each other before connecting together, tying ground to earth at each device and each power supply in the system.

Updating the firmware could possibly help, you can do that by connecting with the T3000 application and going to help -> check for updates -> download firmware & update. This requires an internet connection, if you dont have a connection on site you can manually download the firmware from here: https://temcocontrols.com/ftp/firmware/

Standing by to help out.

It is a dedicated transformer. I did not ground either leg of the transformer. But I didn’t do it for either setup and the other setup seems to be working well. The pulse point is a dry contact. And I did firmware update.

Wonder if a DC power supply would solve the problem.

AC is actually a more quiet power supply. I have heard reports of folks having trouble with DC as the switching supply can introduce noise into a system.

I am stumped Paul. You could try earthing the neutral of the supply.

And this is grasping but you could swap the devices around and see if the problem follows to the other location.

Failing that we’ll have to get the unit back here for a look on the bench.

Good to know about DC. I won’t try that path. I’ll swap devices and see if the issue follows.

Paul, I have a similar problem with some of my T3-LB’s. Some go for weeks without rebooting and some want to reboot every day or two. I noticed that the power-in terminal screws have a + and - and so I will check each one to make sure the I get 24vac to Ground on the + terminal of each unit. I am going to take the plunge tomorrow and update the firmware too.
T

I’ll be troubleshooting Friday morning. Thank you for the ideas on testing. Will see what I find.

The fun continued today. I believe I am having a bacnet conflict of some sort. Unsure if it’s a device name issue or instance id. The controller stayed online thru a variety of steps to understand where the issue was coming from. Ultimately, I was able to have the T3-8O stay online without issue when it was connected within my panel, with includes tridium running on a pc. No issue until i plugged in the network cable that connects to the BMS network with Alerton devices. Had planned for the T3 to be a bacnet device, but due to rebooting, I changed it to modbus. Even as modbus, I was rebooting until i changed the BIP to 47800 from 47808. I will need to do some wireshark play to see if i can find anything. Was definitely a discovery day.
S

Use this, I saw the same issue with 46 that T3000 will auto update to. you have to manually install 47. This was the case a few days ago anyways.

Thanks for the heads up, I have uploaded it to the automatic firmware update system now. 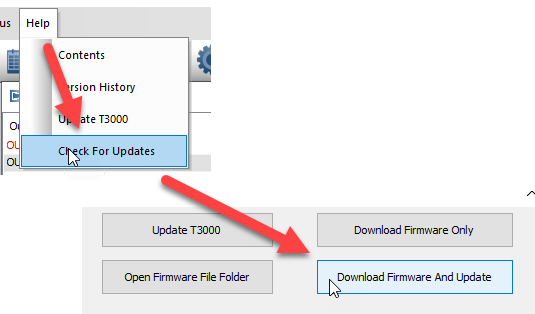 @paul.rothwell
Please do send on the wireshark logs. These expansion IO have been around forever and are generally rock solid but there could be issues in your environment that I’d like to get to the bottom of.

In Ted’s case there’s a few factors at play, we’re continuing the work with Ted as well.