In one of my T3’s, I have a strange situation in my network points screen. The first 16 entries are not generated by any program. Where are they coming from? If I reboot the T3, they just re-appear. I am on firmware 53.1. Here’s what the table looks like:

These points must be in your program or trendlog or graphic. Some invalid points will be erased automatically, but if you are still accessing them in program or elsewhere, they will always be there。

I will erase all trendlogs and graphics and see if they go away.

Excellent tip. I found a number of pointers in an old graphic that I thought was deleted. I had deleted the picture but the points I had inserted were still there. When I erased those points and rebooted the T3, all the weird points in the Network Table were gone. Thank-you very much.

The graphics screens are not really polling any data so they shouldnt be showing up in the network points screen. T3000 itself will poll the remote devices directly rather than the controller polling them. In the case of trend logs those would be polled by the controller so they’d show up. I will ask the team to make sure graphics items are not added to the network points list.

I have noticed one other quirk about the missing/compromised network points. The network points come from two sources. The ones retrieved on this channel are rock solid and very dependable.

The network points retrieved via the Ethernet network only last between 6 to 12 hours before they are compromised. 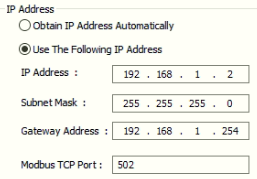 I have also experimented with retrieving other data points via Ethernet from different T3’s. They also get compromised after about 6 to 12 hours. Right now I have my chiller T3 connected to a timer to cut the power at 7a every morning to reboot it. That’s not what I want long term.

I am not clear what you mean by compromised network points.

You mentioned at the beginning of this thread that there are some ghost network points. We suggested you clean up the trend logs, any points you add to a trend log from a remote controller will show up in this list. And similarly you can check around for random references in your programming, all references to remote points in your program will show up in the network points list

Network points from graphics screens are not currently added to the network point list, there’s no real need for them to show up here since the T3000 PC will be doing the polling.

Resetting: There should be no reason to do a reset your controller at 7am every day, the product is designed and tested to work for years without rebooting. Send on your program as it is now and we’ll see if we can spot something.

The network points that are the problem no longer have the “OK” shown in the table. They start out with an “OK” and valid data retrieved from the other T3 (108805) Then within 12 hours they change to not “OK”. It only happens for data retrieved from other T3’s via Ethernet. I know exactly which program is calling for data. It is not used in a trendlog.

There are two programs that call for the data. This one:

These programs work fine and retrieve good data for the first part of the day. Then at some point the status line in the network points table (shown earlier in this thread) goes from a status of “OK” to " - " and the data retrieved is 0. I know full well that I have the option of retrieving using the panel number and I have already tried that as a fix. It will react the very same way… It does not matter how I retrieve it. And just so you know, that is the reason I ordered the new WeatherStation assembly. If I can’t fix this problem, as least I can hard wire TEMperature and HUMidity directly from the new unit to the T3 and I will no longer have to depend on the Ethernet connection of the HUM-D sensor on the roof. For now, I am only rebooting the T3 that is running these programs so I can have good data at least part of the day. I would reboot the T3 twice a day and get more hours of good data, but my chiller has to restart every time I reboot and I don’t want to add extra wear on it. It’s important to me that you know exactly what my problem is. Otherwise I can’t ask you to fix it. So if there’s anything else you need, I will gladly supply it.

I mean to save the entire *.prog file our way, that will save time typing in all these variables.

I will focus on this issue, how many points and how many panels do the points come from?

Sure. The prog file is attached.
Ted

Excellent, but please include some points over RS485 and some from Ethernet.

the RS-485 points are MSTP. By the way, one of the Ethernet points is a Honeywell VFD. I reboot this T3 every day at 7am because it will function normally (retrieve points from other T3’s) for at least a few hours, sometimes 12 hours, almost never 24 hours.
Thank you for your continued research.
Ted

I might have had a breakthrough. I removed my SD-card and the T3 went 24 hours without any problems in the Network Points table. It could be too soon to tell if that fixed it so I will continue to monitor it for the next few days and let you know.

In my test board, one SD card is inserted also, but did not enable trendlog. whether you enable this function? I will enable it and continue to test it.
Update later in the day: found an issue, more news shortly.

You can update the firmware, we’re at 53.6 now. Some panels were (mis)detected as offline which affected the network points buffers. T3-XB can discover network panels in background, I did make some small changes to this background task. We’re still testing but it looks to be better than before.