1- User can insert more remote point in the “Graphic” user interface.
Using the standard bacnet keywords “AV,AI,AO,BV,BI,BO” ,format is “Deviceid + Keywords + number” Such as 55555AI3 , 125AV45. This is intended for adding 3rd party bacnet objects onto the graphics displays, normally for T3 controller objects you’d use the intrinsic references like 55555IN3 and 125VAR45. 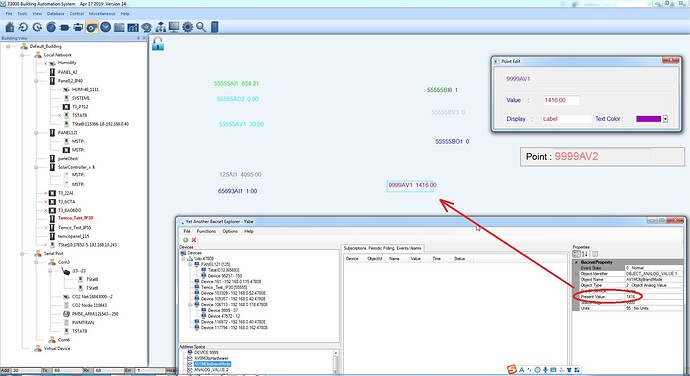 2- The feature above works for both read and write actions, you can also set the value to a new number by typing in a new value which will then be written out to the bacnet device.

3- Fix T3TB/BB/LB schedules so that we can add “00:00” (midnight) as an event in the scheule table. Before 00:00 was assumed to be a null value and the value would revert to a blank cell. 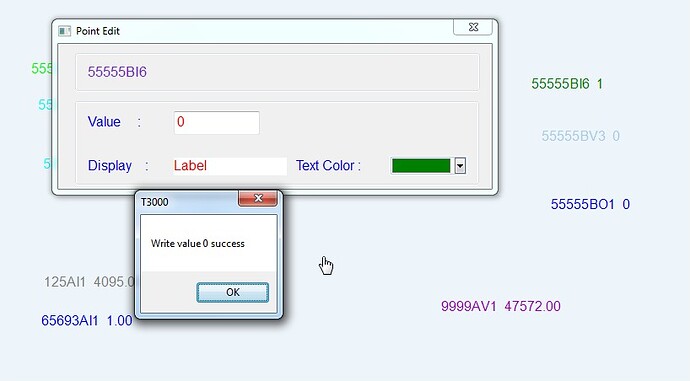 4- Now you can edit the bacnet device instance for the Tstat8, before it was fixed as the serial number, which is still the default instance number. This requires Tstat8 firmware version > 8.6. 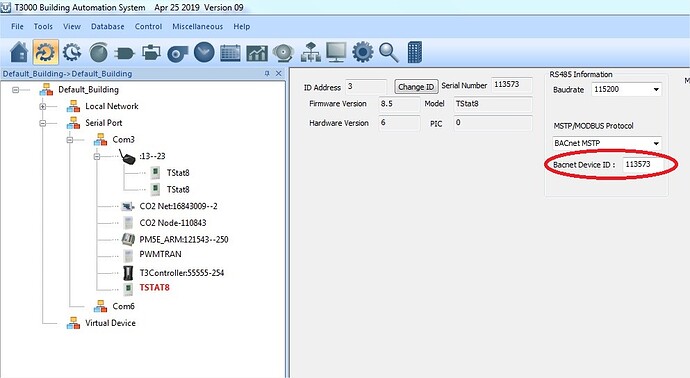 5- The T3TB series controllers can now do trendlogs on 3rd party bacnet device objects. The object name and engineering units will show as well if they have been assigned.

6- The user can type in negative values for the calibration field. Before the Sign column was used to store this which was not very intuitive.
TBD: Could get rid of the Sign column now.

7- Fix the screen flashing and graphics popping up while opening T3000. 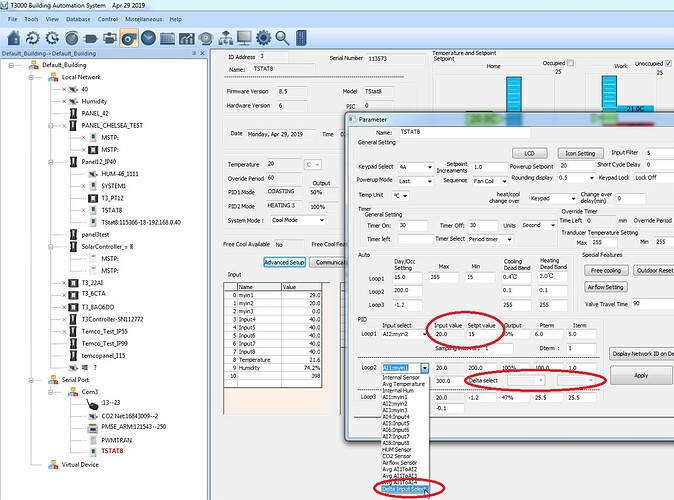