I use a T3 in our cooling tower which is in a separate building about 300 feet from the main building. It’s worked fine (with the occasional Red X) for a year. Yesterday it stopped communicating and I went out there to investigate. Every time I connected it to the wifi router in that building it would reboot and continue to reboot. So this morning I connected it directly to my laptop with crossover cable. It worked fine. I have another device on that same router and it has no problem communicating. So this is a huge puzzle to me. The T3 seems fine, the network seems fine but the reboot problem will not go away. Any ideas?? My other 3 T3-LB’s, which are all in the main building are working fine.

I may have solved the problem. The lightning arrestor I installed in the ethernet cable as it entered the main building had become un-grounded. I reconnected that and everything seems to be fine. Is it possible that Ethernet is more subject to voltage fluctuations and ground problems than RS485?

Ethernet and RS485 both use differential signals which are fairly immune to noise but floating voltage differences between buildings can overwhelm the signal. Grounding everything to earth wherever you can will give the signals a fighting chance, also a shield will help but ground only one end of the shield.

It would be wise to have a spare lightning arrestor on hand, they can degrade over time as they do their job. We have one for the RS485 on our website but nothing for Ethernet (yet). 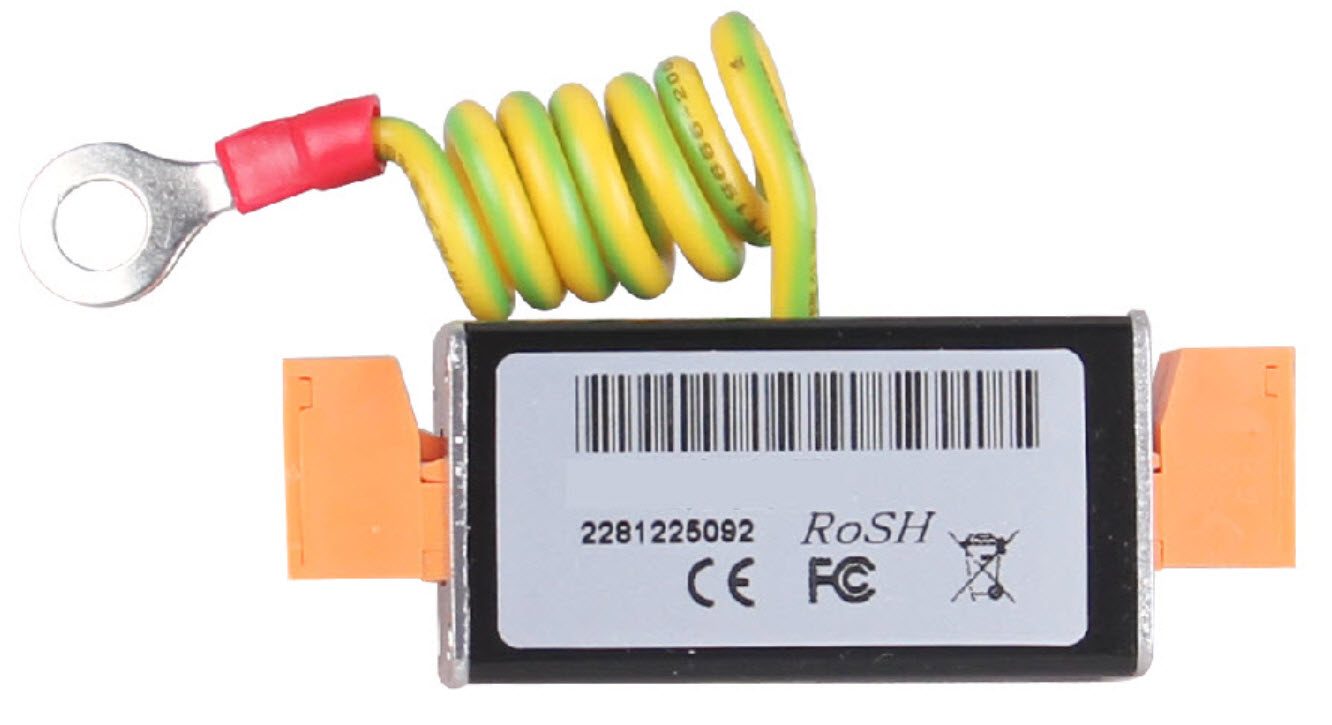 I connected an input port on each T3 with an in-line 100milliamp fuse, set the port to 0~5v and connected the other end to ground. I wanted to see just how much potential to ground existed on each T3. They vary from 1 volt down to almost zero. The three T3’s actually in the building are usually .2 volts or less.
Now that my little experiment is over, whats the best way to make sure every T3 is properly grounded? Just connect a wire from the ground bar below the input screws to ground? Should I put an in-line fuse in that line??

Grounding/Earthing: Tie the ground of all power supplies and all devices in the system to a ground bar or the cabinet, which itself should have a good connection to earth as well. No need for fuses in my experience.

Experimenting: Testing the voltage to GND with a spare input was a good idea but you would want to also test on AC which a T3 cannot pick up. Also there’s transients I imagine, those would require more advanced testing gear.

2 of my T3’s are rebooting once or twice a day.

Any of them will work, they are all internally tied to ground. There must be something else going on here though, controllers should run indefinitely without ever resetting on their own. Send on your program and I’ll have a look through it, if there’s any infinite loops in the programming there’s a know issue. The latest firmware fixes that by turning off the program so if you do an update and notice any programs are in the off state you’ll know what that’s about. We’re working on a more elegant solution.