Descriptors for points from remote panel on graphic

You can use the Bacnet instance to refer to Bacnet points: AI, AO, BI, BO, AV and so on, these are standard Bacnet objects. Use these if you are integrating with Bacnet systems from other vendors. Here we have set the bacnet instance to 100 so you would refer to 100AI5 in your example. 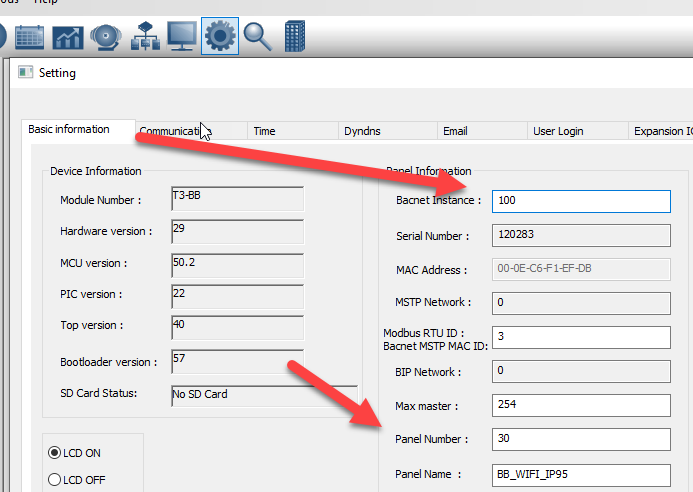 The second method, if you are passing points around between two Temco controllers, is to use the ‘Intrinsic’ point reference which is like 30IN5, where ‘Panel ID’ is 30 followed by the keyword IN, OUT, VAR and so on. These are proprietary objects but easier to work in general since you can easily see the list of INPUTS, OUTPUTS etc of all controllers within the T3000 environment.

And a third method is to refer to the point by its user label, the 8 character user defined identifier for the point. OAT for example.

I just checked and see that we are missing some functionality with networked points as you pointed out. We need the ability to show the user text in graphics displays. I also noticed that referring to network points by their label, the OAT method is not working. Thanks for the heads up, both these items will be fixed in the next release which will be in about a week.