I just connected a new CO2-D-TH with MH-Z19B sensor and figured out that CO2 is ‘***’. Sensor is failed or disconnected. Should I change MH-Z19B sensor or check something else?

Had to look up the MH-Z19B that you mentioned which is the C02 sensor, its a NDIR based module from WinSen. We had enough reports of this module going AWOL that we have shifted production to a new sensor from Sensirion and the situation has improved. 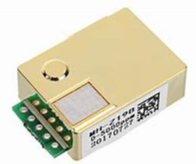 There are a few connectors that you could unplug and reseat, this will freshen the electrical contacts in the ribbon cable at Tabs 1 and 2. If this doesn’t work we’ll have to swap sensor modules with you, just the lower PCB at Tab5 needs to be swapped. 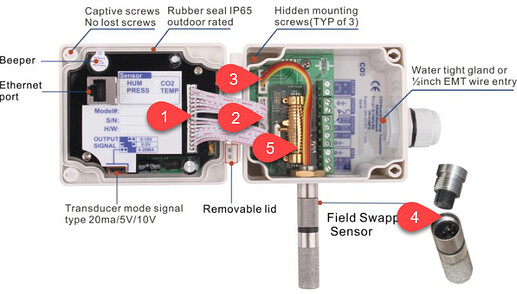 Well,spoke with the crew here but it wasn’t conclusive what might be going on there.

There are indeed a few commands which are sent out to the C02 module during power up. We set up a long term test here with about thirty C02 sensors under heavy polling over RS485 in various environments but were not able to reproduce the error. We did a patch to just resend the init commands from time to time and released that a while back.

If updating the firmware there doesn’t help then it’ll be best to just arrange the swap of the C02 PCB with you, send an email to get that started.