I’m probably missing something with what I need to do. Take a look at the three screenshots and let me know what you think. 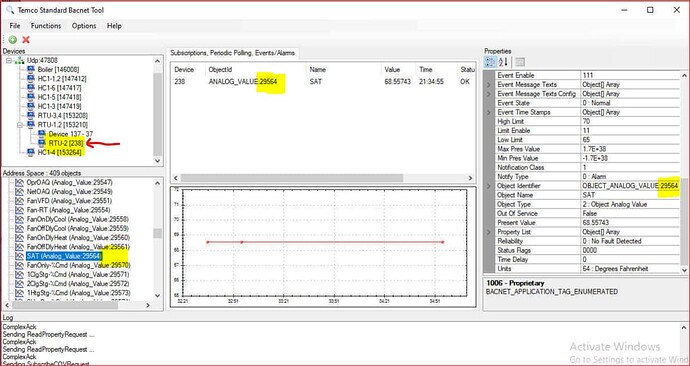 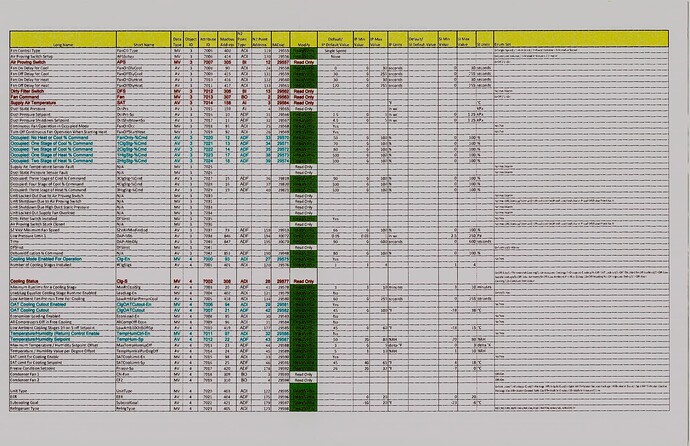 Bret, so glad to have you posting such technical questions here and hopefully someone more familiar with the JC gear can help out. If there’s something I can do on the controller side than just ask.

I think what I posted was misunderstood.
I actually need help with the T3000 side of things.

When I compile the program it changes the AV# as follows:

The maximum AV is around 2000, sorry about this Bret. We’d change it right away but the changes run pretty deep, we’ll at least have T3000 show an error message when it encounters this situation. And we’ll add it to the todo list for the upcoming ESP32 based unit which will be in production in a month or two.

I understand that JCI is terrible to interface with and the feedback I’ve received from other techs is not good.
Thanks for the feedback Fance!

Hello, anyone knows if this was updated?
i have the same trouble with an FEC2611, Johnson controls. i have like a 10013 object ID and when i write in the T3000 programming this send me an error. If anyone knows something that i can do?
Thanks.

THe staff are out now for a couple weeks with the local holliday so I cannot confirm one way or the other just now. Give it a try though, Bacnet support has been going deeper and more capable with each new release.

JCI systems generate very large BACnet instance #s. I couldn’t map in JCI BACnet points because of how outrageously large JCI instance #s are. You will probably need to wait until the 32 bit controllers are released - Fance indicated that this will be addressed then. The current controllers can’t handle instance #s that go above 2000.
Work arounds get too involved and maybe JCI tech support can help you with this?

As far as I know the instance number can be a big number. What I think this discussion is saying that the bacnet object range isn’t large enough, Fandu will have a look at what we can do.

This was a reply I received from Fance last year when I ran into the JCI wall.

The maximum AV is around 2000, sorry about this Bret. We’d change it right away but the changes run pretty deep, we’ll at least have T3000 show an error message when it encounters this situation. And we’ll add it to the todo list for the upcoming ESP32 based unit which will be in production in a month or two.

OK, this is the number of AV’s in the system, limited to 2000 which is enough for most normal control applications. The thing that DVC was talking about above I believe is the numbering of AVs on the JCI devices, they range up into some large numbers which requires more bits to hold those addresses. We can have a look at increasing it if this is something that comes up a lot.

I think it’s the same issue. It has only come up with JCI and unfortunately, they are being used OEM with rooftop units.
In my research, everyone has problems interfacing to JCI. Even Delta controls has trouble and that says a lot.

Ah! Roger that and thanks for the clarification.